Here are two cool projects I found on the net while I was googling. The first one, "LED Dot Matrix Pong", is a multiplayer ping pong game which is played on a 5x7 board of LEDs. I've gotta admit it's really cool! I'd love to make one myself someday. :) 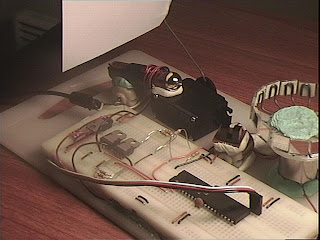 The second project is also really neat. It's a laser video projector which uses a single laser and 16 rotating mirrors to project video on a piece of paper. Pretty cool, eh? Be sure to watch the videos. 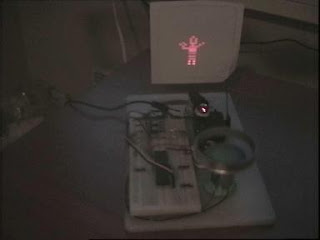 Posted by Ashish Derhgawen at 1:02 PM

Neat job! I was thinking about making a green laser(used for star pointing in nights) projector to show some pattern or words on sky.. wondering if that's achievable or not.. any idea? thanks!